The eyes of the world focus on Brazil

We already have, what has quick become, an iconic image of where much of the feelings in Brazil rest at present. Brazilian artist Paulo Ito posted this mural on the doors of a schoolhouse in São Paulo’s Pompeia a few weeks ago. 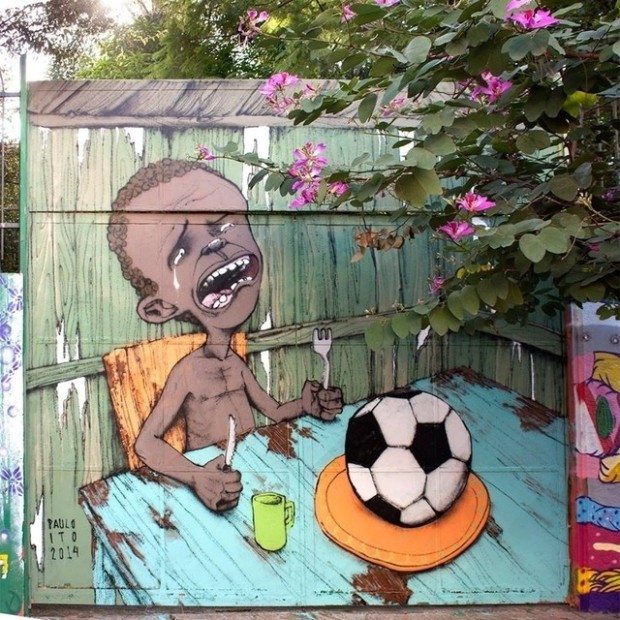 END_OF_DOCUMENT_TOKEN_TO_BE_REPLACED

Brian O’Driscoll, Irish Legend, thanks for a great few years

Hope YE all enjoyed the match yesterday…. A Perfect ending, this morning watching d vid clips from RTE, seeing BOD v emotional… A great n truly deserved send off to not just a sporting legend, but someone who comes across as just a really great guy.. Fair play to him, and on this weekend, feels great to be Irish… 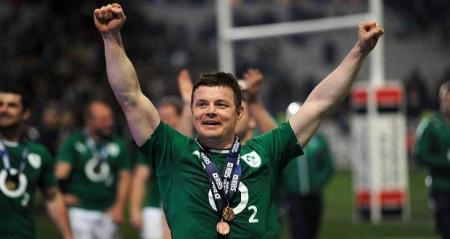 – Ireland are 2014 6 nations rugby champtions after beating France in a thrilling bloody battle in Paris yesterday.

– Brian O’Driscoll, or BOD, or Drico, played his last game in the green jersey after 14 great years, the highest capped player in rugby history, 141 test matches – 133 for Ireland (83 as captain), and 8 for the British and Irish Lions.

– Its Paddys weekend, the days around the world when Irish, and anyone who is on for a good time, celebrate their existence and have a right old party, the win yesterday just added to it all.

– Last week Brian O’Driscoll played his last game in Ireland, he won man of the match due to setting up 3 tries, and he got a phenomenal send off… Something very special in Lansdowne / Aviva

– Apart from his game playing he has done lots to help charities and help out young Irish children, to offer support, to be a role model. Heres the HUGE thank you he got from the kids in Temple street hospital

END_OF_DOCUMENT_TOKEN_TO_BE_REPLACED

Bring Che back to Kilkee #HonTheBanner

END_OF_DOCUMENT_TOKEN_TO_BE_REPLACED

What do you think of when you hear the words El Clasico? Messi, Ronaldo, 90,000 fans in the Nou Camp with an electric atmosphere witnessing the two giants of European soccer going head to head? Guess again.

It wasn’t the super Spanish soccer derby after all, it was the final of the third tournament in the Iberian GAA championship. Barcelona Gaels and Madrid Harps played out an exciting encounter last Saturday in the Catalonian capital that saw the hosts crowned overall champions for the region with a round to spare.

As GAA clubs around Ireland are being devastated by emigration, over in Malmö, Sweden, the Stockholm Gaels are attempting to defend their Scandinavian GAA Championship title.

END_OF_DOCUMENT_TOKEN_TO_BE_REPLACED

Saying NO to fascism in football

New Sunderland manager Paulo Di Canio: “I am a fascist, not a racist.”

In 2005 he told the Italian news agency Ansa: “I am a fascist, not a racist.” He has been pictured giving a straight-arm salute in front of fans of the Rome club Lazio, which has a strong following among the far right. Many are outraged at this signing and think it is a worrying situation which futher ligitimizes the creep of fascist thinking into everyday life.

Di Canio: Fascist is as fascist does